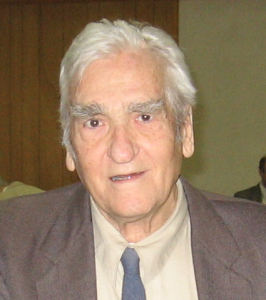 I have read somewhere that people should not write their memoirs until they have reached the age of eighty. But waiting that long may be fatal – to the memoirs.

I began to research my ancestry in earnest in the 1960s when I was in my late thirties, and wrote my first draft soon afterward. I typed it on Gestetner stencils and made a number of copies. Then I laid the matter on the shelf until my trip to Denmark in 1980, when in addition to quizzing some of my cousins I visited the archives in Copenhagen and Odense and found the baptismal records of a number of my ancestors. After my retirement in 1991 I bought a computer and started writing again.

The basic material concerning events and people in Denmark came over the years from my parents, with more detailed information in 1984-88 while we were living together in Dartmouth. Other information was supplied by my aunts Ester Johansen and Emilie Lindblad.

Correspondence with relatives in Denmark helped a great deal. In 1953 my cousin Birthe (Pedersen) Munk sent me the names, birthdates, etc., of the descendants of our grandparents Christian and Anna (Larsen) Holm. A second cousin of my mother’s, Anker Berentsen of Fåborg, wrote me concerning the Birkholm and Berentsen families. Later Nelly Koefoed-Larsen, Hans Conrad Holm and Niels Pedersen (son of my cousin Rigmor) gave me valuable information. Niels provided a number of newspaper clippings and other accounts dealing with the Listed Murderer. Rune Holm, son of my cousin Arne, lives in south Fyn and had sailed around Birkholm; he sent me an article on the little island.

The Library in Rønne sent me details concerning the Holm and Larsen ancestors and photocopies of documents relating to my great-grandfather H. P. Holm and his second marriage. The Library in Marstal connected the Birkholm family with the Island of that name. Various books about Denmark and particularly Bornholm, and an article about Birkholm in Familie Journalen provided background information. Some items were confirmed and amplified by the records of the Latter Day Saints (Mormons).

I wish I had visited Landsarkivet in Viborg when I was in Denmark. I might have learned more about the Sodborg and Povlsen ancestors. The Sodborgs, being landowners, would be more easily researched than most; they probably kept the same surname for centuries.

Later chapters consist largely of my own recollections. Some of it has been checked by my children, and Heather especially has helped with wording and accuracy.

My search has been in the nature of a pilgrimage. I spent the first three years of my life in Denmark, nearly all of it on the Island of Bornholm, surrounded by my father’s relatives, in a family womb or cocoon. Then I was wrenched into the uncertainty and strangeness of a large ship and of a new land where the people spoke a mysterious language and where my parents were trying to find their way through the unknown. I must have sensed particularly my mother’s trepidation and loss of security. The memories of Bornholm were just below the level of consciousness.

My research has been an attempt to recapture something of that Eden and with it some long-lost clues as to my identity. A second motive has been a desire to better understand my parents. In the third place I have wanted to provide some answers to questions that might be asked by my children and other family members.

No doubt some of the information is inaccurate, my memory faulty, and some of my interpretations mistaken. But this is the way I see it.

This is being published in a limited edition, and is intended for family and friends and not for general circulation.